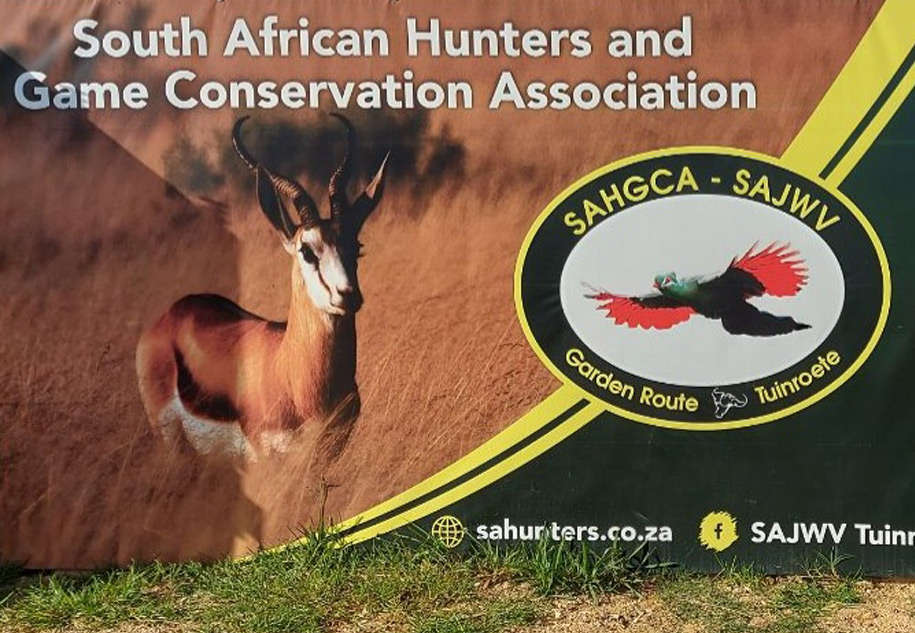 Members often express the opinion, justifiably, that the President Shooting Competition (click here for the rules) on the Bushveld and Plains shooting exercises are too difficult and too expensive considering the equipment required (rifle/scope) to participate with.

In 2011, SA Hunters created the Interbranch Team CHALLENGE Shooting Competition to give shottists with hunting rifles the opportunity to compete as part of a team with the main purpose of having fun while receiving shooting training, as necessary. The idea is that each team must have at least one experience shottist that can assist the others.

The Impala with rest, and the Warthog shooting exercises have been chosen for the event for the following reason: Only three of the total of 18 shots in this event, are fired at 200 metres on the Impala shooting exercise. The remaining 15 are fired from between 25 to 100 metres. Any hunting rifle/scope/ammunition combination that can achieve an acceptable three shot grouping, can be used successfully.  This fun shooting competition challenges shottists’ skill to shoot accurately from various hunting shooting positions click here for the rules of the Interbranch Team CHALLENGE  Shooting Competition.

Although this competition is also presented at regional level, it probably adds more value when held at branch level. Every branch has exemplary shottists that set a standard that others aspire to but that might be too difficult to match, therefore making them reluctant to shoot side by side at the shooting range. However, during the Interbranch Team CHALLENGE Shooting Competition, shottists enter as part of team of which all members fire at the same target. The team achieves a score and the individual’s shooting skill is not revealed. Tuinroete Branch recently held such a shooting competition that serves as an excellent example of how other branches can present this competition:

On Saturday, 10 April 2021, Tuinroete Branch held a Team CHALLENGE Shooting Competition with a difference. The chairperson challenged the members of the management committee to enter a team on condition that it should include a member of the management committee, an ordinary member (19-59), a senior member (over 60), a woman, and a junior member. The intention was to host a fun shooting day, which exceeded the expectations. Ten teams comprising 5 shottists each entered. Members could organise themselves in teams or make themselves available to be selected for a team. The day started with the usual sighting of rifles, adherence to Covid regulations, and the opening where the rules and the programme for the day were explained.

The first shots were fired from 200m. At first, the shottists were slightly apprehensive until they realised that all the team members fired at the same target and that no one was being judged for their shot placement. Soon, the mood of the day changed into an easy-going and jovial manner. Junior and women shottists received training where necessary. While one member of teach took their turns at the firing point, the team members observed from a safe distance. After everyone had a chance to shoot, the teams rushed to the targets to add up their scores and hand in their targets to the chief range officer for verification.

The shooting sequence went quickly, and it was all over in two hours. After socialising around the fire and enjoying their braaivleis, it was time to announce the winners of the Tuinroete Team CHALLENGE Shooting Competition 2021. Nobody went home empty-handed. There were sufficient sponsored prizes. Some of the entry fees were also used to purchase prizes for the lucky draw. Fun was had by all!

Tuinroete Branch encourages other branches to host similar Challenge Team Shooting Events. “I received numerous calls and messages from members telling me how much they had enjoyed the day and asking me to arrange another one,” said Gerhan. “It was a successful day that involved families and where everyone had the opportunity to make a contribution.”