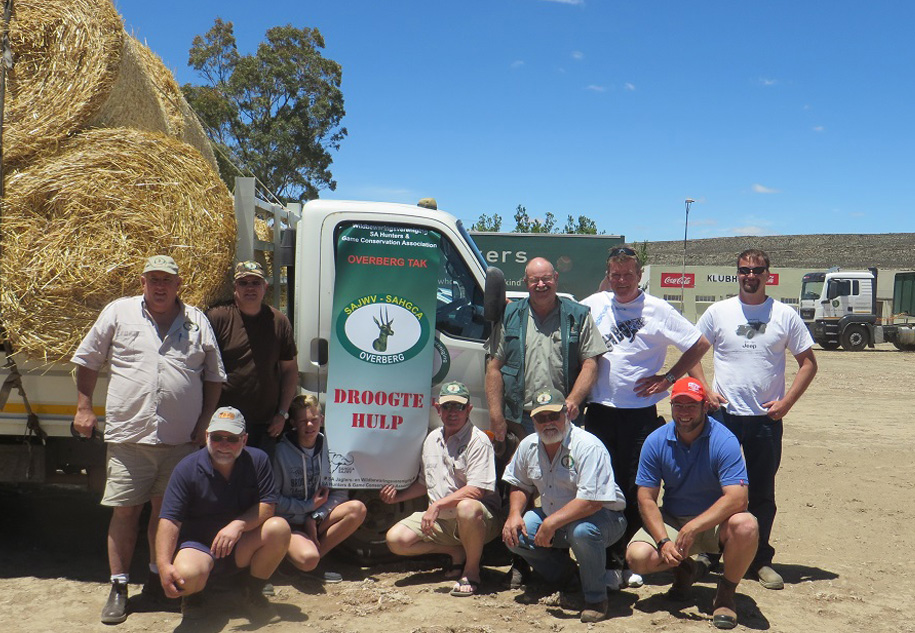 The drought relief project of SAGHCA’s Overberg Branch started when Essie Esterhuyse and Frank Esterhuizen – both members of the management committee – wanted to deliver two bakkie loads of mealies to farmers in Sutherland. At that time, the drought in the Western and Northern Cape was taking its toll. Towns such as Sutherland and Fraserburg are remote and far away from main routes which place them out of reach from other drought relief programmes.

Former chairman, Justus Harmse, created awareness about the effects of the drought among members of the branch. In October 2017, they launched the SAHGCA Overberg Drought Relief Project. As hunters, these members hunt responsibly in the Sutherland district to put meat on the table. Therefore, it was a spontaneous decision to assist the farmers in the district that had been suffering from the drought for more than five years. Livestock and game weakened by the continuing drought can no longer walk and are being hand-fed. Initially, the focus was on helping the animals, but it became evident that many families could no longer feed themselves either. Therefore, the drought aid problem was expanded to help these families.

Member involvement:  The Overberg Branch team involved its other members and the community to donate mealies, animal feeds and other food to be transported on bakkies and trailors to the Sutherland, as well as money to purchase fuel and other essential items from Kaap Agri. The community in the Overberg region gave generously in many ways to enable this wonderful initiative to continue. Members assist with fundraising, collection of donations and facilitating transport to deliver the goods.

Mobilising the community: The widespread support from the community is proof of the trust in the team at Overberg Branch. One individual donated R218 000 towards the drought relief project. Many individuals and more than 20 businesses and organisations made generous donations, which are all greatly appreciated.

Impact: It is nearly impossible to calculate the impact of these generous and unselfish deeds on animals and humans – from the fees and tips to the people that help loading the goods to the truck driver that travels thousands of kilometres for many hours to deliver it.

It is difficult to calculate the value of the animal lives that had been saved to date or the emotional impact on those that benefited from these donations. This project enabled many families to survive and stand proud in very difficult times through the help received from strangers.

The total financial value of the projects over two years, is more than R4 million, with more projects lined up. This amount excludes the time spent by people involved.

It is estimated that this project directly affected 2000 people. It reached more than 17000 people on social media where even more people read about the work done by hunters. Numerous articles were published and people from as far as Gauteng pledged their support.

This conservation team of the Overberg Branch demonstrated to others in the community that hunters not only take from nature during the good times but give back and provide support to humans and animals in need. As custodians of the environment, hunters live close to nature and understand what is required to sustain nature and to manage wildlife and their habitat. This project does not have an expiry date. The leadership of the Overberg Branch will continue their drought relief efforts of which every member of SAHGCA can be proud of.

The following people at Overberg Branch received the Order of the Bateleur at SA Hunters’ Congress dinner on 1 November 2019, for taking the lead in a drought relief project: 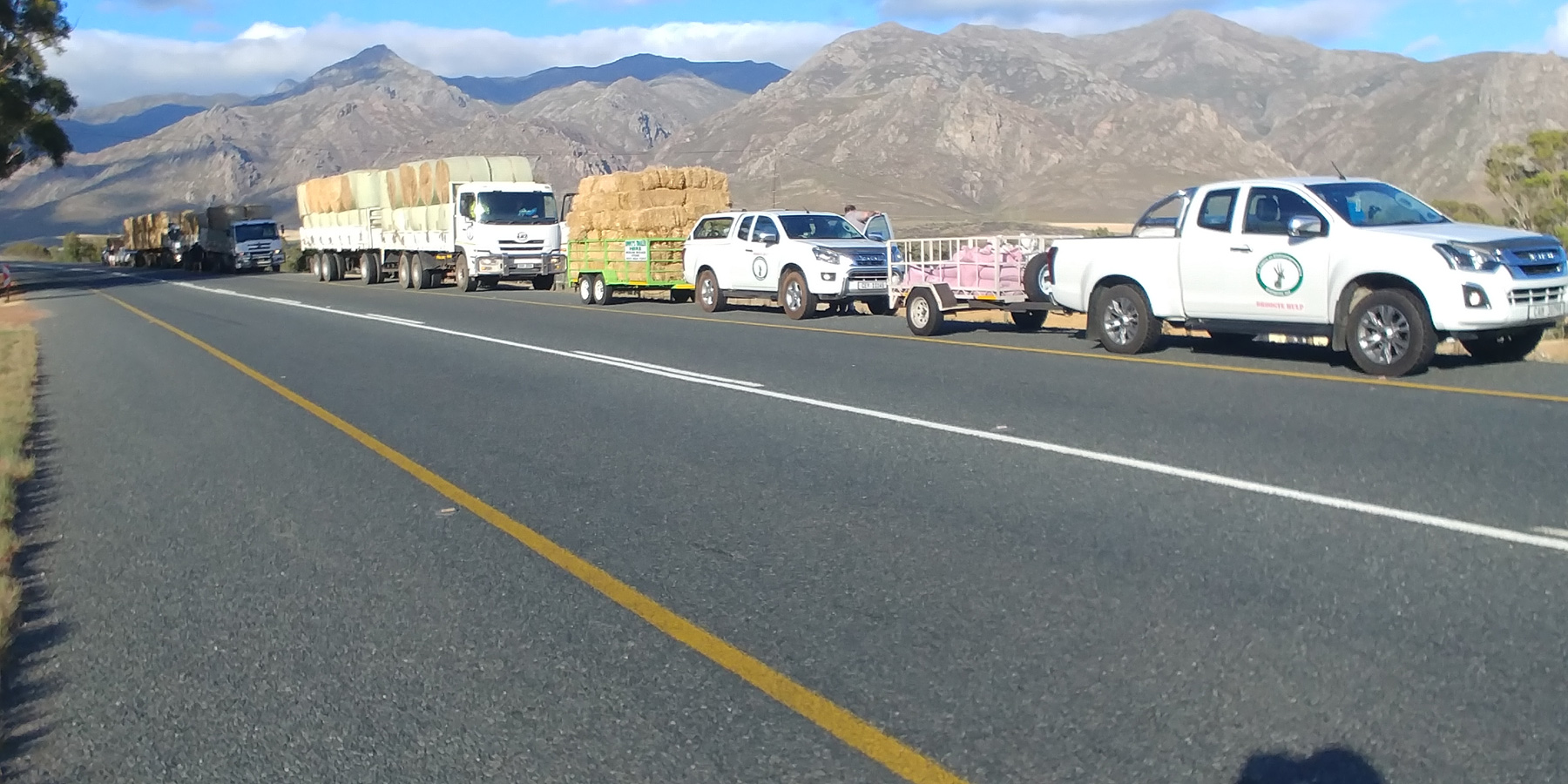 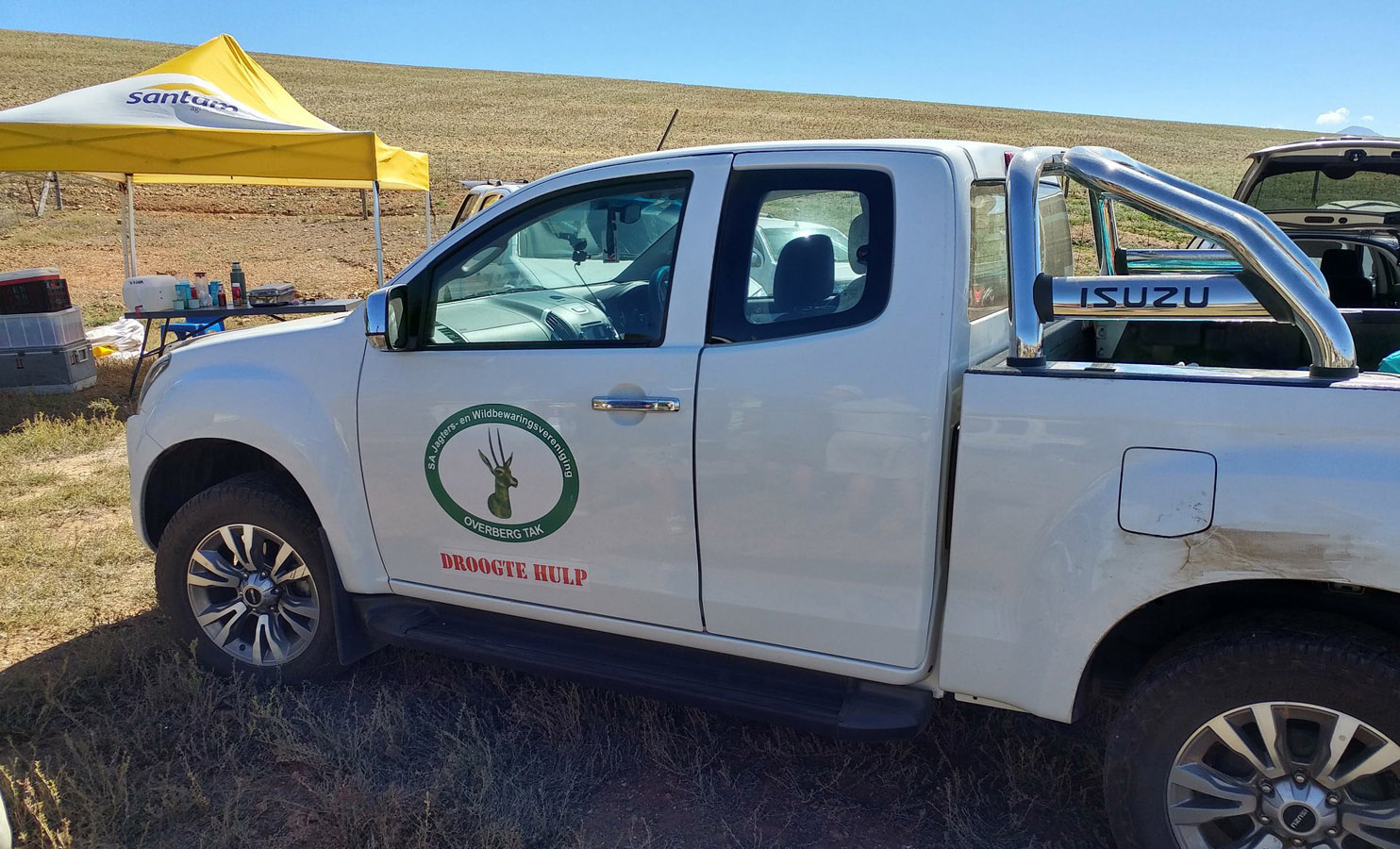