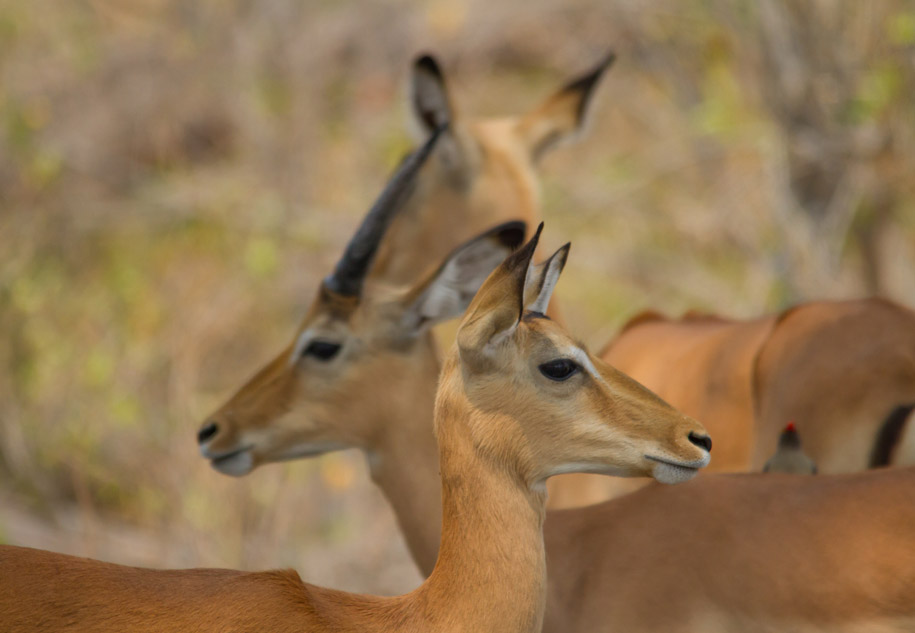 Hunting is an incredible privilege and it remain a special responsibility to stop the heart of a living being forever. This privilege should never be taken for granted by hunters and the following excerpt from the Code of Conduct of the SA Hunters and Game Conservation Association emphasises this in a very special way:

The headshot when hunting will always be a controversial topic when hunters and game owners debate its advantages and disadvantages. The purpose of this article is to provide insight regarding the risks of the head shot under hunting conditions.

Shot placement and the goal of a first shot-kill shot: The primary responsibility of the hunter towards the animal should always be to kill the animal with the first shot. This does not mean that a hunter will never wound an animal and that follow-up shots will not be fired, but it does mean that a hunter should know his shooting ability/limitations under hunting conditions to kill the animal with the first shot. When in doubt, do not pull the trigger!  The article: Practical shooting skills for accurate shot placement when hunting, describes in detail how a hunter assesses and develops his shooting skills.

Shot placement is determined by two important factors. Firstly, knowing where the animal’s vital organs are located, for example the heart/lung area or brain. Secondly, shot placement (depending on the angle at which the animal is presented) under hunting conditions to hit a vital organ/s and cause enough damage to kill the animal as quickly as possible. This obviously implies the use of a suitable bullet* (weight and construction) for the specific calibre with regards to the size of the species to ensure penetration to the vital organs to cause enough damage. The three general options for shot placement on antelope are illustrated on the SA Hunters blue wildebeest target below.

The central heart/lung shot (represented by the 20, 30 and V30 scores on the blue wildebeest target) is the recommended shot used by most hunters. This is a relatively large target area (more than four times larger than the brain area) where a bullet damages the lungs and/or heart and arteries above the heart and causes rapid and massive blood loss. This shot is very effective and the animal usually dies within 5 to 20 seconds if a suitable bullet* is used. In an animal the size of a kudu/blue wildebeest/gemsbuck it offers a target area of approximately 200 to 250 mm in diameter. A shot in the larger lung area indicated by the 10 score is usually less effective and it can take much longer for the animal to die, depending on the damage caused.

The neck shot in especially the larger antelope in the kudu/blue wildebeest/gemsbuck class is a difficult target to hit accurately because the neck vertebrae, spinal cord, and nerves run through a very narrow band in the neck. To successfully execute this shot, the bullet should damage the spinal cord and nerves to kill the animal. If the bullet passes close to the neck vertebrae, the shock can be transferred to the nerves in the neck causing the animal to collapse momentarily, only to get up shortly afterwards and run away as if nothing happened. Blue wildebeest are notorious for this. Refer to the blue wildebeest target above to see how massive the neck is compared to the target area (the neck vertebrae within) that you need to hit successfully. In smaller antelope such as springbuck the neck is slender and the changes of a successful shot is better because the impact of the bullet – even if it misses the vertebrae - could cause sufficient damage to the neck vertebrae, spinal cord and/or nerves to kill the animal. The neck shot is a risky and difficult target that is not recommended for hunters.

The headshot: The headshot, like the neck shot, is by definition a problem. To kill an animal successfully with the first shot, its brain should be damaged sufficiently. Therefore, it is preferable to refer to a brain shot to ensure that both experienced and less experienced hunters understand the implications and risks of this shot. Keep in mind that the head is one of the most mobile parts of the animal, which increases the risk of a missed or wounding shot. On the blue wildebeest target above, compare the size of the brain with the size of the animal’s head. Miss the brain and hit any other part of the head and you have a wounded animal on your hands!

Cropping and culling of game and headshots: During cropping and culling operations the goal for experienced shottists with specialised equipment is to shoot large numbers of game under controlled conditions. The market standards require clean carcasses killed with brain shots as a requirement and neck and body shots are not accepted. The shooting position is usually from a vehicle, using some form of dead rest, frequently at night with a spotlight. Do not confuse this with hunting, this is a commercial exercise, necessary to control game numbers – it is not hunting!

For a practical example, I refer to the Head shot competition hosted annually by the Genl. de la Rey Branch at Lichtenburg where the distances vary around 200m. Competitors shoot a total of 10 shots (one trial shot included) within six minutes over a shooting table with sandbags at targets that represent the heads of a springbuck, blesbuck and impala (3 shots each). Over a three year period, the results were as follows (the total of wounding and missed shots is indicated as a percentage in brackets): 2017 (64%), 2018 (70%) and 2019 (50%)! In other words, the best results where one missed or wounding shot out of every two shots fired.

During the head shot competition the shooting was done from shooting tables with accurate equipment (rifle/telescope/ammunition combination). What happens when the shooting is done from field shooting positions? SA Hunters’ springbuck target is a popular plains shooting exercise. It comprises 9 shots fired from the sitting and prone positions with rifles supported by shooting sticks or a bi-pod at 200 and 300m distances to simulate hunting conditions. On the shooting range the conditions are relatively ideal with known distances on a standard shooting range, wind flags to determine the effect of the wind on the bullet, a stable and comfortable shooting position, support for the rifle, a stationary target and ample time to prepare and fire a shot. SA Hunters’ members that participate frequently in this exercise know how difficult a well-placed heart/lung shot at 200 and 300m can be, even under ideal shooting conditions. Because of the degree of difficulty very few shottists attempt brain shots at this target. Even the top shottists shy away from brain shots. These two examples indicate why most hunters should not attempt brain shots at animals in excess of 200m.

The effect of wind, distance, and mirage on the bullet trajectory over longer distances.

With the brain such a small target, it requires extremely accurate shot placement to hit the target at longer distances. There are three external factors under hunting conditions that influence this.

For a responsible attempt at a brain shot each of these three factors must be considered carefully individually and collectively, before taking the shot.

A successful brain shot over longer distances under hunting conditions, requires the following:

The hunter’s shot placement under ideal conditions on a shooting range cannot be compared with his practical shooting skills under hunting conditions. The following variables can impact negatively on shot placement:

Hunters often shoot game from the hunting vehicle with a “dead rest position”. It might seem to be an ideal shooting position, but frequently it is not. The support could be uncomfortable and not conducive to an accurate shot. Movement by other people on the vehicle can spoil a potentially accurate shot. Under such circumstances, a shot meant for the brain can wound the animal in the larynx, lower jaw or nose, or a horn is shot off.  In plains habitat where game is visible over long distances, it is usually easier to follow a wounded animal with a vehicle and to kill it with a follow-up shot. A failed brain shot that wounds an animal in difficult or mountainous terrain, becomes a nightmare to track and kill the animal to end its suffering.

Headshots over shorter distances: In wooded habitat (e.g. bushveld) animals are usually hunted over distances of 100m and closer. SA Hunters has a popular bushveld shooting exercise, the blue wildebeest or zebra target (refer to the blue wildebeest target above), which includes 9 shots in total shot from the kneeling and standing positions supported with shooting sticks at 150 and 100m distances respectively, and offhand shooting at 50m which simulate hunting conditions. Not many shottists attempt a brain shot at this target, because the risk of wounding or missing the animal, is too high. When  hunting in this habitat hunters are tempted to go for a brain shot because it is close by which seems like an easy shot! The shot is usually taken from a standing position with the aid of shooting sticks or without support, which is not the ideal condition for a brain shot. An attempted brain shot that fails and wounds the animal in this habitat, is the beginning of a hunter’s worst nightmare. You have not damaged anything that prevents the animal from running. Tracking it down will probably take very long with no guarantee that you will find and kill it with a follow-up shot.

An animal with a brain shot drops in its tracks and there is usually no doubt about the success of the shot. An attempt at a brain shot where the animal does not fall down immediately, is frequently declared a missed shot. Let’s use a blue wildebeest as an example: if you had the confidence to shoot for the pomelo sized brain of the animal, why would you accept that you have missed the entire head of the animal? The hunter shooting for the brain of an animal and not killing it with the first shot has the responsibility to ENSURE that he actually missed the animal. He must follow up and ensure that the animal is not wounded. If you shirk this duty, you should not attempt brain shots.

It is never a good idea to take a shot at an animal too late in the day with dusk setting in, especially an attempt at a brain shot. The animal may not be found before nightfall and the best scenario to hope for would be to find and kill the animal the next day.

The problem with animals wounded in the head after a failed brain shot is that they are usually found, shot, and killed days or even weeks later or found dead in the veld where they died a painful death from blood loss, thirst, starvation, and infection. As responsible hunters we should do everything within our power to prevent this type of situation. With every shot consider carefully whether you are able to succeed with a brain shot. Every time you fail with a brain shot, analyse the result honestly and use this information in future to evaluate your ability to shoot a successful brain shot.

An excellent DVD on Shot Placement is available at the Hunters’ Shop at the SA Hunters’ national offices. It was produced by the Association, and costs R100. It illustrates responsible shot placement, and the risks of brain shots are explained and demonstrated clearly.

Enjoy your hunting. I trust that you will not have reason to regret a headshot that went wrong.