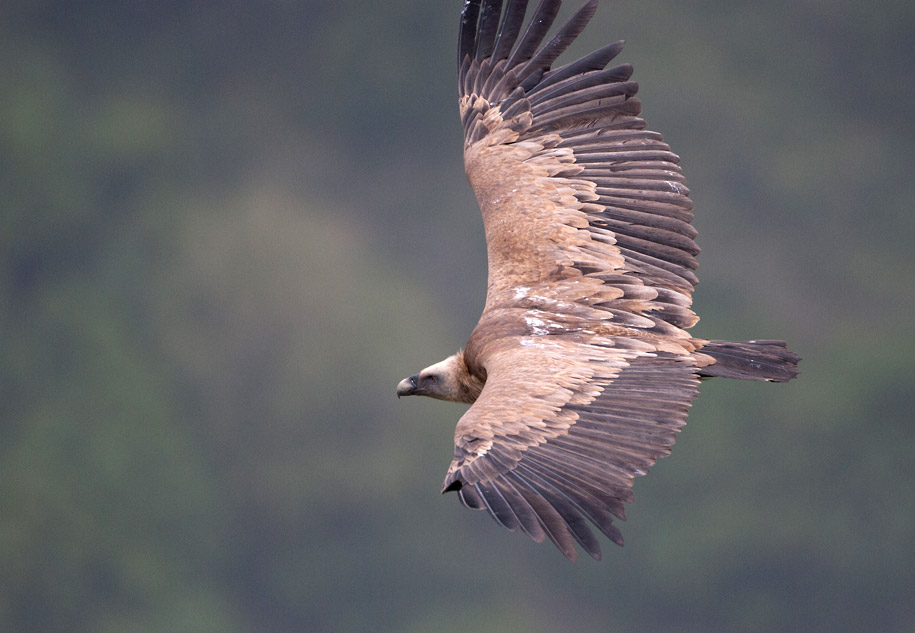 Saturday, 5 September, is International Vulture Awareness Day aimed at focussing on the value of vultures as nature’s clean-up crew. Vultures are among the most threatened birds worldwide as vulture populations of many species are under enormous pressure while some species face extinction.

These majestic birds provide critically important ecosystem services by cleaning up carcasses and reducing the risk of the spread of diseases, resulting in economic and human health benefits. Over the past three decades, vulture numbers have declined at a rate of approximately 62 percent, causing great concern among conservationists and wildlife experts about the risk of losing all vulture populations.

SA Hunters and Game Conservation Association (SAHGCA) a member organisation that represents wildlife managers, conservationists, and responsible hunters, recently launched several initiatives as part of its Vulture Heritage Programme to contribute to the conservation of vultures. SAHGCA believes that the wildlife sector should maintain its prominent place at the forefront of wildlife, and in particular, vulture conservation.

Even though it is illegal to possess or kill any of the six vulture species found in South Africa, numbers continue to plummet. The main reasons for their decline are persecution, electrocution, and poisoning. Poisoning and trade in traditional medicines combined, account for 90% of reported deaths. Environmental threats include poorly designed and inconsiderate placement of electrical infrastructure such as power lines and wind farms that interfere with the flight patterns of vultures.

The illegal trade in vulture body parts for traditional medicine purposes, is a major and growing threat. Vultures are believed to have psychic powers, and some people think that inhaling the fumes from smoking dried vulture brains will enable them to predict the future or improve their odds when gambling.

Deliberate poisoning is by far the biggest threat to vultures. In just over a year, more than 1,200 vultures have been poisoned in southern and eastern Africa. The substantial increase in vulture deaths has been associated with the escalation in elephant and rhino poaching throughout Africa. Apparently, poachers poison carcasses of elephant and other game to prevent vultures circling over poached animals and alerting rangers to the killings.

Vultures are often the victims of unintended poisoning when carcasses are baited with highly toxic agricultural pesticides to kill carnivores such as lion, hyena, jackal, caracal, or feral dogs. Diclofenac, an anti-inflammatory product used legally by veterinarians, may also lead to kidney failure and death of vultures that feed on carcasses of animals previously treated with this drug.

Substantive evidence indicates that lead found in the environment is another unintended source of poisoning. Vultures are scavengers whose feeding behaviour and acidic digestive systems, which oxidize lead, make them particularly vulnerable. Together with other sources of lead in the environment, lead ammunition may contribute to exposing vultures to lead. Fragments of lead-based bullets that may remain in skulls, carcasses and gut-piles of animals that are being shot as part of wildlife management activities, culling operations and hunting, could potentially be sources of unintended lead poisoning in vultures. Feeding sites, including vulture restaurants in particular, may pose a high risk.

SAHGCA contributes to national conservation strategies and serves with other organisations on the National Wildlife Poison Prevention Working Group and the National Lead Task Team that follow a holistic approach in considering various sources of lead that could have a negative impact on people and wildlife. The Association is also part of the National Vulture Task Force that drives the national strategy for conservation of vultures in South Africa.

With its Vulture Heritage Programme, SAHGCA’s members contribute to vulture research and monitoring, and raise awareness on vulture conservation. One such example is its De La Rey branch near Lichtenburg that co-ordinates initiative with local landowners, Vulpro, Eskom and other role players to maintain the nearby vulture restaurant; provides vulture safe carcasses; monitors birds; raises awareness among the youth, and supports rehabilitation.

SAHGCA is also committed to minimize potential exposure to lead among all wildlife through:

As part of its bid to save vulture populations, SAHGCA invites wildlife managers, hunters, farmers, ammunition manufacturers and members of the public to support its Vulture Heritage Programme. “We believe that through collaboration and an integrated approach, we can look forward to a future where nature’s clean-up crew will continue to soar in the African sky,” says Lizanne Nel, conservation manager of SAHGCA.

For more information about the programme initiatives, contact Lizanne Nel at 012 808 9300 or This email address is being protected from spambots. You need JavaScript enabled to view it.