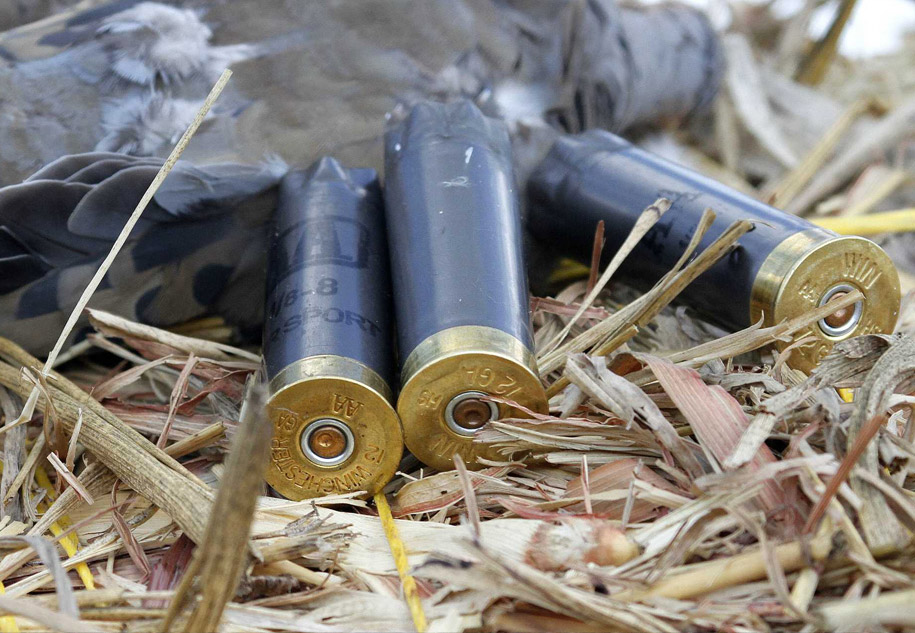 SAHGCA takes note of the multitude of studies proving the minimal contribution of lead particle intake to an increase in lead blood levels in consumers of game meat, due in part to the chemical composition of lead in solid form and it’s bioavailability to the human body, as well as sound meat processing practice, when it comes to hunted game.

SAHGCA takes note of the studies done on vultures that indicates higher than expected lead blood levels, when compared to environmental conditions, as well as the inability of these studies to pin point the true origin of the lead contamination.

SAHGCA takes note that lead is still the most effective, as well as cost effective base metal available in the manufacturing of bullets and shot.

SAHGCA takes note that in some bullets and ammunition, like 22 rim fire ammunition, traditional muzzle loader bullets and airgun pellets, lead is still the only cost effective metal available.

SAHGCA takes note that there is still a very large group of historic calibers, for which no alternative ammunition is available at all.

SAHGCA notes that the current production of alternative ammunition, where suitable alternatives are available, cannot supply the volumes needed, and that this shortfall in supply will have serious environmental, as well as economic impacts.

SAHGCA requests that relevant organisations and research institutions initiate research to determine the true origin of the higher than expected lead blood levels in vultures.

SAHGCA warns that the possible negative environmental and health impacts of the alternatives should be researched thoroughly, before an alternative is accepted as a replacement.

SAHGCA is of the opinion that relevant research, in conjunction with interest groups from the shooting and hunting interest groups, should be conducted before any additional restrictions are placed on the use of lead in ammunition. This research must take into account all the environmental, economic and social impacts of any and all restrictions.

SAHGCA rejects any restrictions based on opinions or emotions that are not backed by well founded, published scientific studies. Any restrictions must be discerning and expedient, backed by a well thought out public awareness campaign and effective enforcement.

SAHGCA's position on the use of lead in conventional lead-core bullets:

SAHGCA supports the responsible use of lead-core bullets when hunting or shooting. Responsible behaviour that includes practices that will ensure that meat or carcasses that are unsuitable for human consumption due to severe lead contamination, like meat cut away from the wound channel, are disposed of in such a way, that it does not become available to scavengers of any kind. In case it is impossible to control this availability we would recommend that current alternative bullets be used.

SAHGCA requests that the powers that be establish incentives, with real benefits, for hunters and shooters that voluntarily make use of alternative bullets or ammunition.

SAHGCA's position on the use of lead shot when hunting birds in wetlands and other water bodies:

SAHGCA does not support the use of lead shot where the pellets end up in water bodies (wetlands, pans, dams, rivers and streams) where they can be ingested by water birds that are filter feeders. SAHGCA recommends that hunters use alternative ammunition or avoid shooting in high risk areas.

SAHGCA requests the authorities to offer incentives with significant benefits to hunters who voluntarily use alternative shotgun ammunition in high risk areas.

SAHGCA requests relevant organisations and research institutions to initiate research into the extent of lead residue and the incidence of other dangerous heavy metals emanating from mining activities in wetlands, and to determine the levels of lead and heavy metal poisoning in waterfowl.