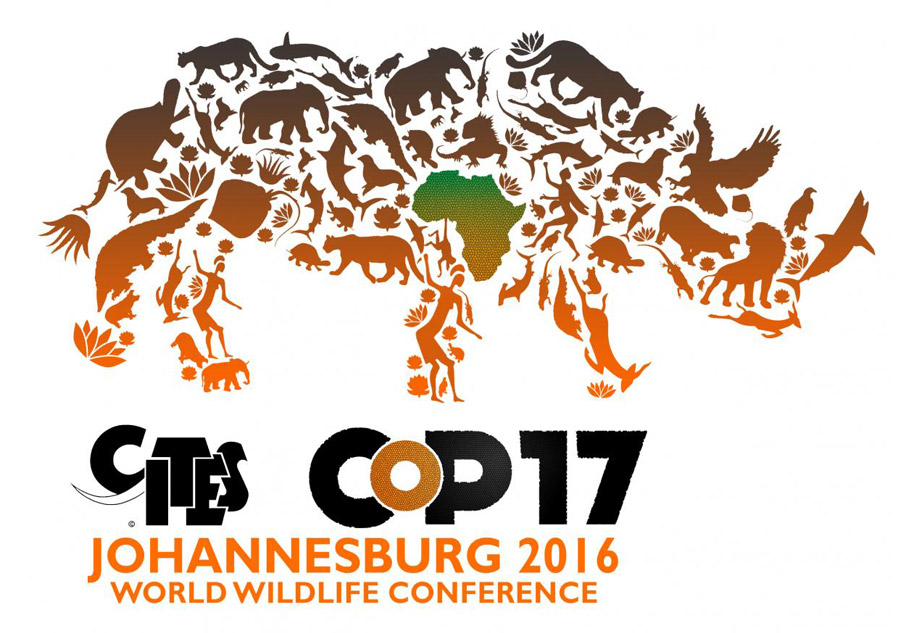 Opening Address by President Jacob Zuma, at the Opening of the 17th Meeting of the Conference of the Parties to the Convention on International Trade in Endangered Species of Wild Fauna and Flora (CITES) in Johannesburg, South Africa

Good morning to all and Welcome to South Africa!

I am honoured to welcome you to our shores as you gather this week, to discuss very important issues pertaining to the regulation of international trade in wildlife.

The CITES is an important agreement between governments as it regulates international trade in wild fauna and flora.

It is critical for governments to ensure that international trade in specimens of wild animals and plants does not threaten their survival.  Regulations must ensure that trade of Rhinos for example, or wild ginger is in a way that ensures that future generations continue to benefit from them, and that they do not become extinct.

Levels of exploitation of some animal and plant species are high and the trade is capable of heavily depleting their populations and even bringing some species close to extinction. The existence of an agreement to ensure the sustainability of the trade is important in order to safeguard these resources for the future.
We appreciate the fact that the 17th meeting of the Conference of the Parties to the Convention on International Trade in species of Fauna and Flora is being held in the African Continent for the first time since the year 2000.

South Africa is also celebrating Heritage day today under the theme “Celebrating Human Treasures by Asserting our African Identity”. The conference is therefore starting on an appropriate day.
On Heritage Day, all South Africans celebrate their cultural heritage and embrace their diverse traditions and values that contribute to our culturally diverse nation.

You have all gathered to celebrate and protect the heritage of your respective countries, with respect to the wild life and plants. Let me therefore also wish everyone here a very happy Heritage Day!

This COP17 affords Africa and South Africa in particular an opportunity to showcase our rich biodiversity and successful conservation initiatives.

This includes our sustainable use management practices, which have resulted in South Africa being one of the leading conservation countries today.

We are fully behind this conference as well because South Africa is committed to conservation because it contributes significantly to socio-economic development of poor and rural communities.

The sustainable use of the country’s indigenous biological resources is fundamental to the development of South Africa’s economy and social transformation.

In this regard, game farming, the hunting industry, eco-tourism and bio-prospecting play a significant role.
The management interventions that we apply are therefore aimed at enhancing the livelihoods of the communities to whom they are entrusted.

Our country is already running a successful green and ocean economy programmes, as well as a biodiversity economy linked directly to the bio-prospecting and wildlife sectors.

What we are doing is in line with the continental strategy, Agenda 2063, which recognises the important role that natural resources play in Africa’s development and socio-economic transformation.
In addition, the 2030 Agenda for Sustainable Development, adopted at the United Nations a year ago, also includes goals that promote the protection and sustainable utilisation of natural resources.

It is also important for all to remember that natural resources do not only sustain livelihoods of communities. They are also critical in promoting economic development.

Examples of this include the lawful trade in wildlife, including the practice of hunting, which is criticized by many.   The hunting sector in South Africa generates well over one billion rand a year.

Our wildlife also contributes immensely to the GDP through the tourism sector, anchored in the main on nature-based tourism with the Big Five. This is a big job creator in our country.

We preserve these animals because they are proud of our heritage, and because they generate much-needed revenue.

South Africa’s proud and successful conservation record has saved important species, such as the black and white rhino, elephant, bontebok and Cape Mountain Zebra from near extinction in the past century.

South Africa also prides itself on its retention of its position as the last bastion of the rhino.

It is commonly known and recognised that a significant proportion of populations in developing countries depend on biological resources for shelter, food and health.

The commercial role of the bio-prospecting sector is evident in the biologically enriched cosmetics, personal hygiene products, oils, food flavourings and complimentary medicines.

This includes popular products such as Aloe ferox which is found in South Africa. South Africa is one of the largest global exporters of these products and contributes to their global production.

This is one sector that we intend to nurture and grow, thus improving the lives of millions of South Africans who are already the traditional knowledge holders of many of the biological products sought by the international markets.
Distinguished delegates,

You are all here because your countries agree that legal international trade in wildlife, particularly in endangered species, requires regulation, monitoring, enforcement and international collaboration.

The illegal trade in wildlife, including poaching, presents significant challenges and threats to the environment, including undermining the potential benefits arising from legal trade that contributes significantly to socio-economic upliftment and development.

Without adequate measures to ensure the legal trade is well-regulated and conducted within the CITES framework as well as national legislative frameworks, endangered species could be over-exploited.

Unfortunately, we also have to consistently take strong actions to address the illegal trade in wildlife, which has various negative implications; as recognised in various Resolutions adopted by the United Nations General Assembly and the United Nations Environment Assembly.

South Africa has responded to these international calls for action and recognises the significant threat of wildlife trafficking, not only to the conservation of our species, but also to this country’s national security.

We have worked hard and our security strategy has resulted in a visible reduction in the number of rhinos poached in 2016.

Our law enforcement agencies continue to work hard to break the illicit value chain of wildlife trafficking in South Africa and beyond.

We will also increase our efforts to engage and build partnerships with communities and other stakeholders, both in South Africa and abroad so that we can fight wildlife trafficking on a national and global stage.

We will do this while at the same time emphasising the importance of uplifting communities living alongside wildlife areas which continue to bear the brunt of wildlife trafficking and poaching.

This Conference of Parties  provides an important opportunity to discuss how Parties can  strengthen the role of the Convention in advancing the Social Development Goals, the SDGs.

This meeting is also tasked with ensuring that important decisions are taken on the rules of procedure for the CoP, especially since this will be the first Conference of Parties where the European Union, as a Regional Economic Integration Organisation will be participating as a member of the Convention.

Global governance is critical for our common success.

This can only happen if we have a transparent and fair system that allows governments to meet their development imperatives which are intertwined with the sustainable use of species, which will be addressed in the coming days.

We look forward to outcomes that are consistent with the prescripts of this convention, which are science based and in the interest of conservation.

You carry the hopes, voices and aspirations of ordinary men and women that are custodians and beneficiaries of these wildlife resources.

On behalf of the Government and people of South Africa, I would like to wish you well in reaching those critical decisions.

It is my pleasure to declare the 17th Conference of the Parties to the Convention on International Trade in Endangered Species of Wild Fauna and Flora officially open.

I Thank you!
Issued by The Presidency
Pretoria
www.thepresidency.gov.za