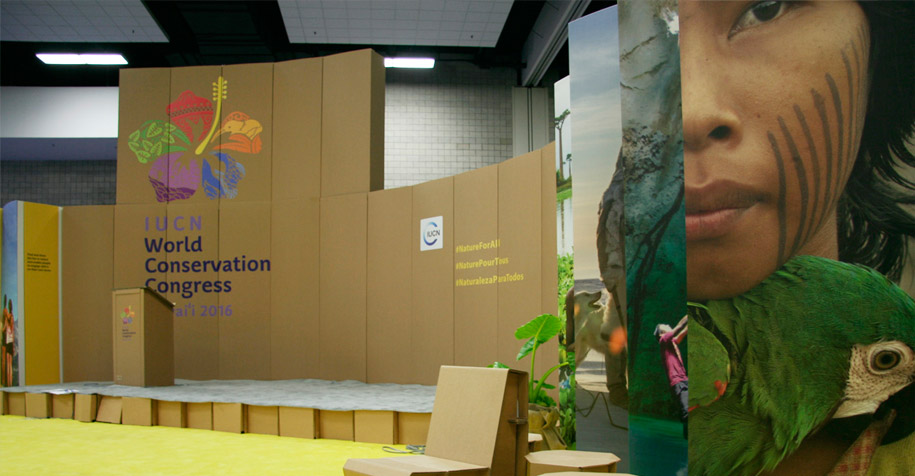 The International Union for the Conservation of Nature’s (IUCN) World Conservation Congress (WCC) has commenced in Hawaii on 1 September. At the Congress, the IUCN’s 1300 member organisations, some of the most influential government and civil society organisations from more than 160 countries, will collectively decide on actions to address the most pressing and sometimes controversial conservation and sustainable development challenges.

More than 8,300 delegates from 184 countries, including Heads of State and other high-level government officials from various organisations are attending. Among these are the South African government and South African member organisations such as the Peace Parks Foundation, Endangered Wildlife Trust, Wildlands Trust, Ezemvelo KZN Wildlife, South African National Parks, Botanical Society of SA, Birdlife and several universities. The manager conservation of SA Hunters, Lizanne Nel, is also attending the WCC to ensure that the organisation stays abreast of the latest developments in conservation en more specifically within Africa and our neighbouring countries. SA Hunters will use the opportunity to assess the value of becoming a member of the IUCN.

IUCN provides the opportunity for members to learn from one other and creates opportunities for collaboration on matters that have an effect on biodiversity and sustainable utilisation. Lizanne will have discussions with hunting and other relevant organisations from the various continents to gain insight and knowledge on approaches and best practice models to promote responsible hunting and wildlife management in Southern Africa; the role of hunting in conservation and food security; and the role of sustainable wildlife utilisation towards local economic development in dryland ecosystems.

The IUCN Congress theme for this year’s event is Planet at the crossroads. It emphasises that credible and practical choices exist that can promote general welfare while supporting and enhancing the planet’s natural assets. Key issues that will be discussed include wildlife trafficking; ocean conservation; nature-based solutions for climate change mitigation and socio-economic development; youth and conservation; and private investment in conservation. Around 100 motions are expected to be adopted, which include motions on intensive and selective breeding, canned lion hunting, and the use of lead ammunition. These motions will become IUCN Resolutions or Recommendations calling third parties to take action.

A session on Collaborative Partnerships on Sustainable Wildlife Management (CPW) was held on 3 September with members that included senior officials from the BONN, CITES and Biodiversity Conventions, the IUCN, CIC, TRAFFIC and others to raise awareness on the multiple and cross-sectoral dimensions of wildlife management, highlighting practical tools and analysis carried out by CPW members. Specific attention was given to the role of the IUCN in providing fact-based information on the positive role of wildlife utilisation in conservation and livelihoods of rural communities in the light of the negative media reports about hunting. SA Hunters recommended that attention should be given to the development of best practice models and certification programmes, as well as the improvement of the evidence base through the capturing of case studies.