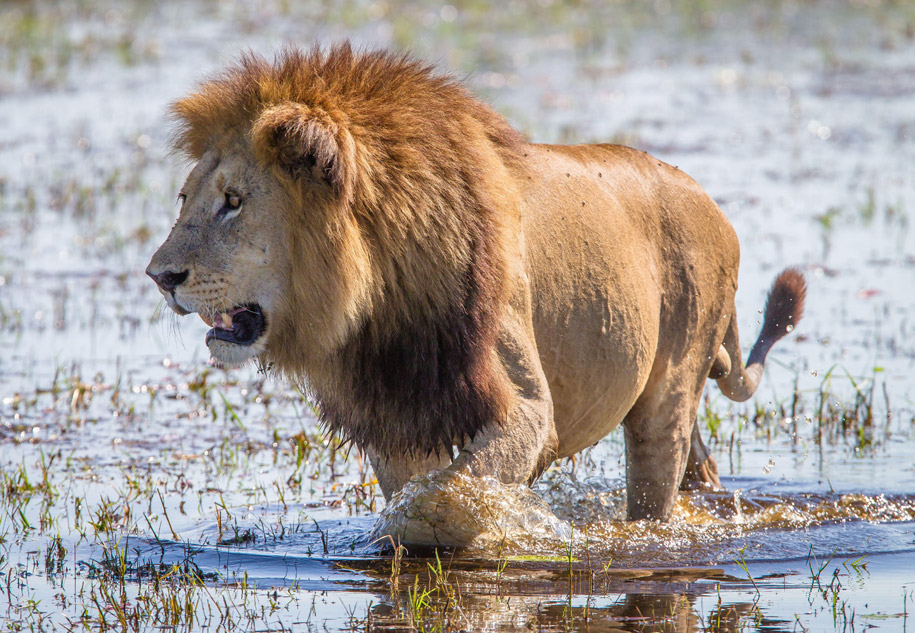 In Minister of Mineral Resources v Sishen Iron Ore Company Limited 2014 (2) SA 603 (CC), the Constitutional Court emphasized that the interests of justice would remain a significant factor in the determination of whether a Court remained seized with such a matter. It held the following:

“This Court has made it clear that, when it is in the interests of justice to do so, it may hear and determine a dispute that has become moot. It may be so, if the parties agree that a court must resolve the dispute although it may not have a practical effect; or when the resolution of the dispute is in the public interest; or when the failure to decide the matter may spawn further prolonged and costly litigation…”

2. Lions and their captive breeding are inextricably linked to the public’s right to have the environment protected for current and future generations, as stated in section 24 of the Constitution. This could have implications for the intensive and selective breeding of game and the listing of game under the AIA.

3. Decisions that constitute administrative action as contemplated in PAJA, has to be consulted with affected role players and considering relevant issues, otherwise it may be argued that an irrational decision was arrived at. This is relevant where government makes decisions that affect us as a sector and/or as an association that represents the interest of a sector of society. In particular, the listing of game under the AIA without consultation and secondly in allowing certain practices that impact on us as a sector without consultation e.g. quick decisions on request of certain interest groups in the Western Cape without consultation with the relevant role players in the sector.

In South African Veterinary Association v Speaker of the National Assembly 2019 (2) BCLR 273 (CC) at para 43 to the following effect: -

4. There is a difference in law between having a responsibility for the welfare mandate and the relevance of taking welfare into consideration when making decisions. Relevance is determined by the relationship and connection between aspects and the decision to be made.

5. The assertion that the welfare mandate of wildlife in captivity resides exclusively with DAFF is questioned. The Biodiversity Management Plan for lions for example refers to minimum standards for captive breeding facilities.

The issue is whether welfare considerations of lions (and potentially other game) in captivity are relevant to the determination of the annual export quota (trade/use). In Administrative Law in South Africa (2nd Edition 2012 – Juta) it is stated that it is “open to the legislature to exercise the structure of discretionary power by stipulating the factors or considerations which a decision maker must take into account before deciding a matter”’. However, it is also pointed out that where the lawmaker is silent on the matter the Court will ultimately have to decide which considerations are relevant.

As a matter of principle and in NSPCA v Minister of Justice and Constitutional Development and another, welfare considerations and animal conservation together reflect intertwined values. Mindful that there is some debate as to whether lions in captivity impacts on conservation, it must be so that lions in captivity are part of the biodiversity challenge as confirmed by it being mentioned in the Biodiversity Management Plan for Lions.

6. It is concluded that even if lions (and possibly other game?) are ultimately bred for trophy hunting and for commercial purposes, their suffering, the conditions under which they are kept and the like remain a matter of public concern and are inextricably linked to how we instil respect for animals and the environment of which lions in captivity are an integral part of. Could this mean that there must be welfare standards for all intensive and selective breeding practices for game?

It would be artificial and hierarchical to argue that while we should share a collective concern about lions in the wild our concern for the well-being of lions in captivity must rest on a different footing. Certainly, in South Africa, their numbers are double those of lions in the wild and it would constitute a contradiction if we are to suggest that different standards and considerations should apply to treatment of lions (depending on whether they were in the wild or in captivity).

7. It was confirmed that section 3 of NEMBA obliges the State in fulfilling the rights contained in Section 24 of the Constitution, through its organs that implement legislation applicable to biodiversity, to manage, conserve and sustain South Africa’s biodiversity. Lions in captivity (other wildlife in captivity?) are part of the biodiversity thereby activating the State duty to manage that sector. The definition of the biodiversity sector in NEMBA is reflected as “any sector or sub sector that carries out restricted activities involving indigenous biological resources whether for commercial or for conservation purposes.”

Considering the connection between welfare interest of animals and conservation as reflected in the judgement of both the Supreme Court of Appeal and the Constitutional Court in Lemthongthai and NSPCA respectively, it is inconceivable that DEFF could have ignored welfare considerations of lions in captivity in setting the annual export quota. What in essence occurs is that the quota is a signalling to the world at large and the captive lion industry in particular that the state will allow exports in a determined quantity of lion bone. It cannot be correct to assert that such signalling can occur at the same time as indicating to the world at large and to the same industry that the manner in which lions in captivity are kept will remain an irrelevant consideration in how the quota is set. It is illogical, irrational and against the spirit of Section 24 and how our courts have included animal welfare concerns in the interpretation of section 24.